MEMORY OF THE SECOND WORLD WAR SHOULD BE THE FOUNDATION OF PEACE, FREEDOM AND DEMOCRACY – STATEMENT BY THE BNR RADA 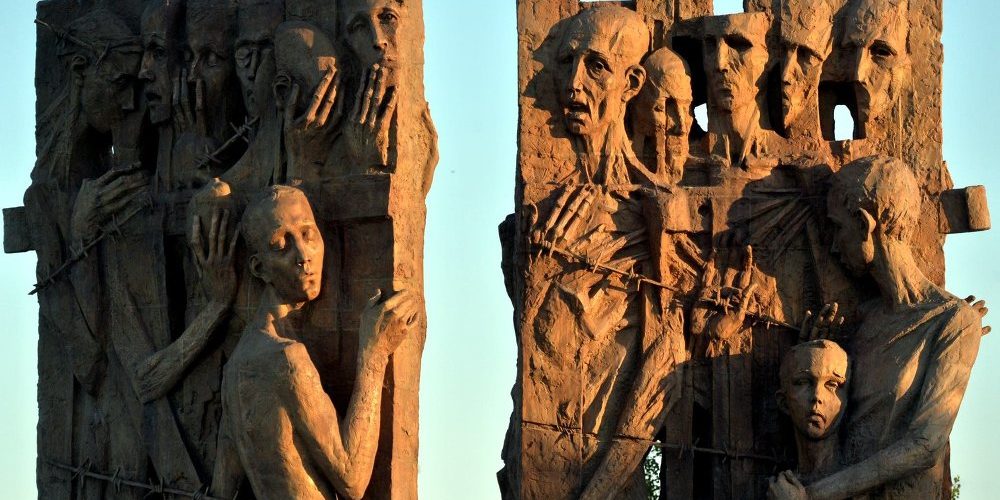 On this day 80 years ago, Hitler’s Germany invaded the Stalinist USSR, starting the most dramatic stage of World War II for Belarus.

In its statement dedicated to the 70th anniversary of the end of the Second World War, the BNR Rada noted:

“More than a quarter of the population of Belarus died in the war. This figure includes deaths from all sides of the front, as well as all civilians killed. A significant part of the victims (up to 800,000) were Belarusian Jews, who were purposefully exterminated by the Nazis.

The war began for Belarus in September 1939, when Nazi Germany and the Stalinist USSR attacked Poland after the signing of the Molotov-Ribbentrop Pact. All stages of the war were accompanied by mass terror against the civilian population committed by all parties to the conflict.

The victory over Nazi Germany, to which the Belarusians made an important contribution, saved millions of people from the direct threat of physical extermination. Unfortunately, as a result of the war, Belarus did not gain freedom, but remained under Soviet occupation for almost 50 years, accompanied by Russification and repression against dissidents, including supporters of Belarus’ state sovereignty.”

The BNR Rada reiterates its strong condemnation of all the totalitarian ideologies of the twentieth century, especially Hitler’s National Socialism alongside Soviet communism.

The BNR Rada stands in solidarity with the decisions of the Nuremberg Tribunal in condemning the proven war crimes committed on the territory of Belarus by German troops and their allies, including both Belarusians, and Russian nationalists, and representatives of other countries. The BNR Rada condemns all organizations recognized as criminal by the decision of the Nuremberg Tribunal.

At the same time, the BNR Rada condemns the propagandist abuse of the topic of the tragedy of the Second World War by the totalitarian Soviet regime and its modern successors.

The communist authorities used the enormous trauma of the Belarusian people from the war to manipulate our people, incite enmity towards other countries, hide the memory of mass Soviet political terror and mass Soviet war crimes, and to strengthen the criminal anti-Belarusian Soviet regime.

The BNR Rada states that the former President of Belarus Aliaksandar Lukashenka is the only head of a modern European state who is an open ideological follower of both the Soviet and Nazi regimes.

A. Lukashenka publicly made anti-Semitic statements and statements about the inferiority of the Belarusian language, culture and statehood.

A. Lukashenka publicly expressed admiration for Hitler’s political practices. During almost three decades of his illegal rule, A. Lukashenka has built the political system of Belarus in accordance with Hitler’s principles of contempt for democratic freedoms and human rights, contempt for parliamentary democracy, and concentration of absolute power in one hand.

The true memory of the Second World War and its victims, of the crimes of the National Socialist and Communist regimes in Belarus, should be the foundation of awareness of the value of peace, freedom and democracy for Belarusians and people around the world.