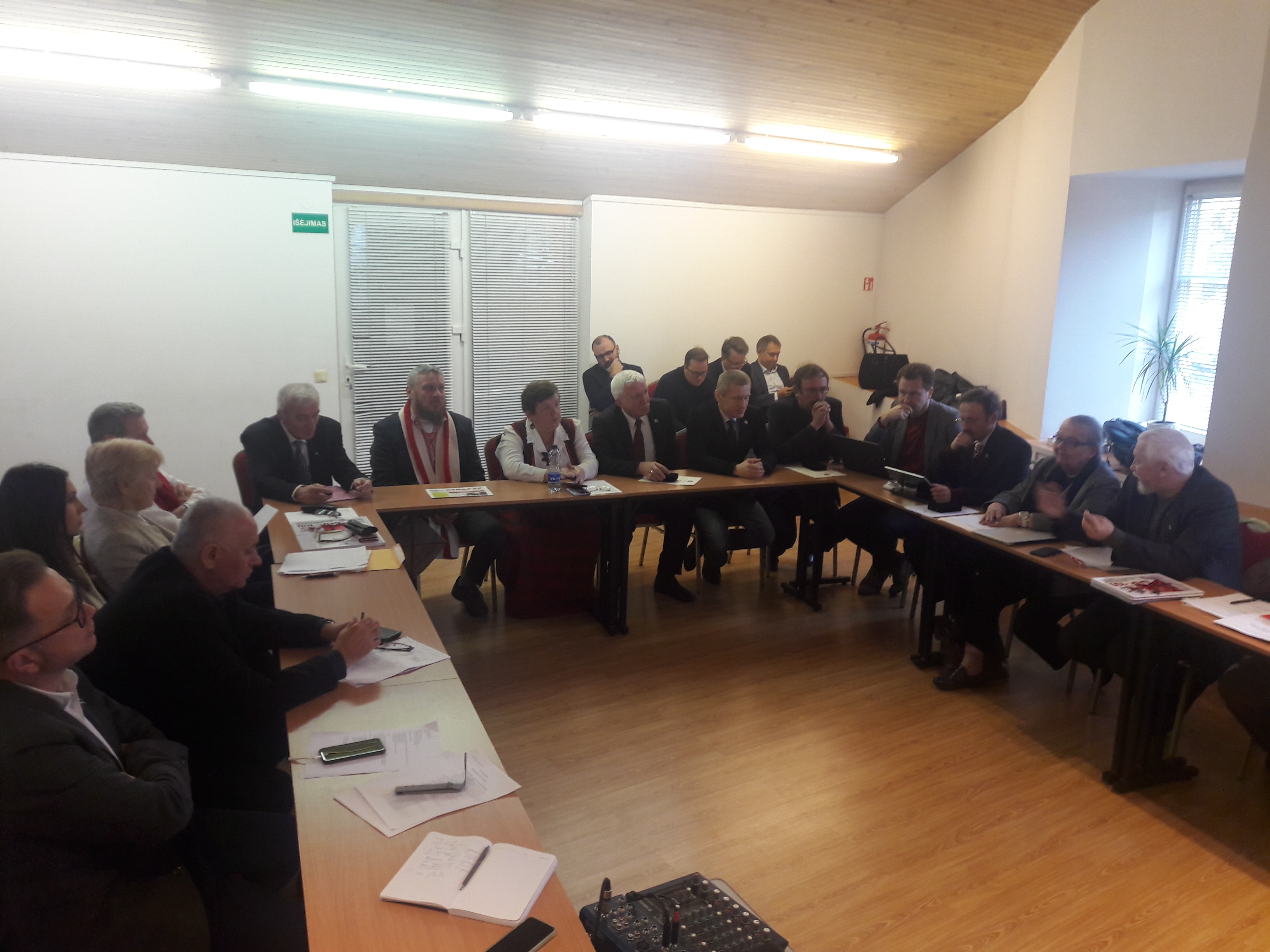 Joint statement by the signatories of the Vilnius Memorandum of 2012 by representatives of democratic political parties, popular movements and civic organizations.

We, the signatories of the Vilnius Memorandum of 2012 by representatives of democratic political parties, popular movements, civic societies of Belarus, together with the Rada of the Belarusian Democratic Republic in Exile:

– are alerting the Belarusian people, and the world-wide community regarding the dangerous intent of the leaders of Russia, Vladimir Putin, and of Belarus, Alexander Lukashenka to sign an agreement on the 8th of December 2019, that would increase the dependence of Belarus upon Russia, potentially threatening the further existence of Belarus as an independent sovereign state;

– are reminding all, that the Belarusian people have for centuries fought for independence, sacrificing thousands of lives, at first from the Russian Empire’s aggression, and later, from the Soviet empire, with the victims not having been forgotten;

-are underscoring, that this fateful agreement for the Belarusian people, is being prepared in total secrecy, without consulting elected representatives. Not a single proposed document has been openly published.  Even the members of the subservient Parliament have not been even minimally briefed by the Belarusian Government;

-we are noting that the proponents for integration are basing their actions on the results of the Belarusian 1995 Referendum in which one of the issues was economic integration with Russia. The Referendum itself was unconstitutional and opposed to legal norms.   The opposition deputies, who were staging a sit-in protest, were submitted to severe beating  by masked  law enforcement members.  The Referendum was conducted with numerous falsifications, and as such, was not representing the will of the people;

-we are declaring, that since  the election of President  Lukashenka  in 1994, there were no free and fair elections in Belarus, and that in November of 1996, a Constitutional coup took place and the Parliament was forcibly dispersed.  During the recent electoral campaign, a substantial number of parliamentary candidates were not allowed to register, vote count observers were not allowed to witness the count, and in many other electoral precincts, other flaws took place.  This time, not a single opposition candidate was elected to the “parliament”. Therefore, no legitimate legislative body exists in Belarus, which means that any agreement signed by the current government, is a-priori  unconstitutional.

– we are reminding that Belarus voluntarily gave up the nuclear weapons located on its territory in response to security guarantees by the United States, United Kingdom, and Russia, defined in the 1994 Budapest Memorandum.  However, the threat to the sovereignty of Belarus by the agressive expansionist policies of Putin’s Russia   may  result in a  dangerous geopolitical situation in Europe, bringing  Russia’s armies 600 km closer to Europe’s capital cities.

We are confirming the position declared in the 2012 Vilnius Memorandum:  “The Subject and the primary guarantors of the independent statehood of Belarus and the nationally-cultural identity of Belarusians are the Belarusian people themselves, who should be able to exercise their political will under free conditions.”

We are underscoring, that the maintenance of an anti-democracy, nonresponsive to the will of the people and devoid of constitutional legitimacy in Belarus, only raises the danger to the independence of the country.

We are calling on the democratic countries of the world, including those that have signed the Budapest Memorandum, as well as the European Union, to condemn  all attempts by the Russian Federation to  take advantage of the absence of a democratically elected government in Minsk in order to  limit the sovereignty of Belarus.

We are calling on the democratic countries of the world  to take the initiative of guaranteeing  Belarus independence on an internationally-legal basis.

Stanislau Shushkevich, Chairman of the Supreme Soviet, of the 12th convocation

Vintsuk Viachorka, a signatory of the Vilnius Memorandum

Anatol Liabiedzka, Director of the center “European Dialogue”, deputy of the Supreme Soviet, of 12th and 13th convocations

On behalf of Rada of the Belarusian Democratic Republic, Ivonka Survilla, President of the Rada.

Viachaslau Siuchyk, member of the Rada of the Belarusian National Congress