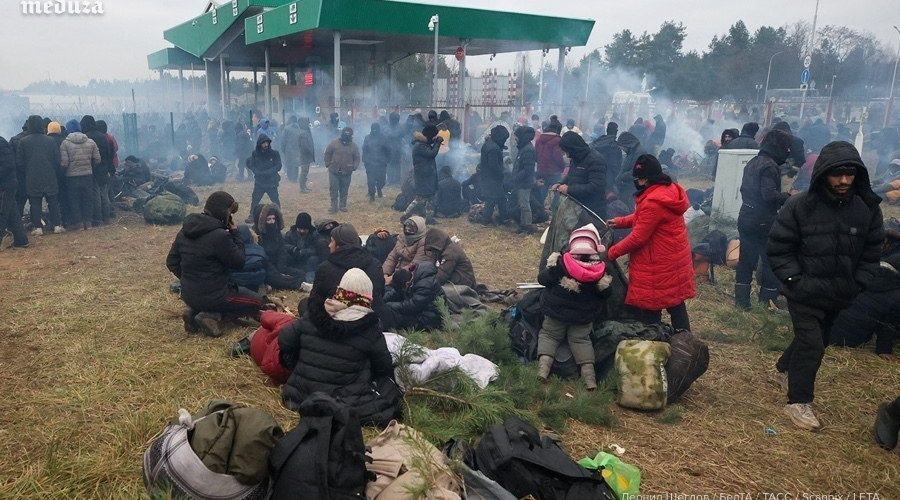 The Rada BNR stands in solidarity with people in humanitarian distress around the world and supports the humane solutions of the European Union to the problems of migrants. The Rada BNR approves the cessation of some flights to Belarus to reduce the influx of migrants to its territory. At the same time, the Rada BNR supports the joint statement of Lithuania, Latvia and Estonia and calls for tougher measures by the EU to prevent further humanitarian crises. The Rada BNR reminds that the aggravated situation at the border – with or without the presence of foreign migrants – will not change until Belarus returns to democracy.

Lukashenka does not limit himself to crimes against the Belarusian nation. He began to act inhumanely in the international dimension. The situation on the borders of the three EU countries is absolutely unacceptable. Without decisive measures, Lukashenka will continue the genocide of the Belarusian nation and the terror of citizens of other countries. The situation in Belarus has long gone beyond the internal political crisis. Lukashenka is involved in crimes against humanity as a whole.

Homeland security of the European countries and fundamental humanitarian values both require external intervention in the Belarusian crisis. Decisive action against Lukashenka and his perpetrators, and against the obvious political and economic sponsors of his regime in Russia, is the only way to stop new victims among Belarusians and foreigners.

By building defense structures on the border with Belarus, the EU is only helping Russia, as it puts Belarus under Russia’s zone of influence. The problem with foreign migrants on the Belarusian border should be solved by the tougher measures against the Lukashenko regime, and not against the Belarusian people. The physical wall is the creation of a ghetto for the Belarusian nation. Isn’t that what Putin is seeking by patronizing the border crisis.

The democratic countries of Europe are obliged to take the initiative in their own hands and from the hands of the aggressor. History shows that if political blackmail is not stopped in time by the international community, the behavior of dictators becomes more brutal. Belarusian democratic Belarus has become a fundamental necessity and a global humanitarian goal.