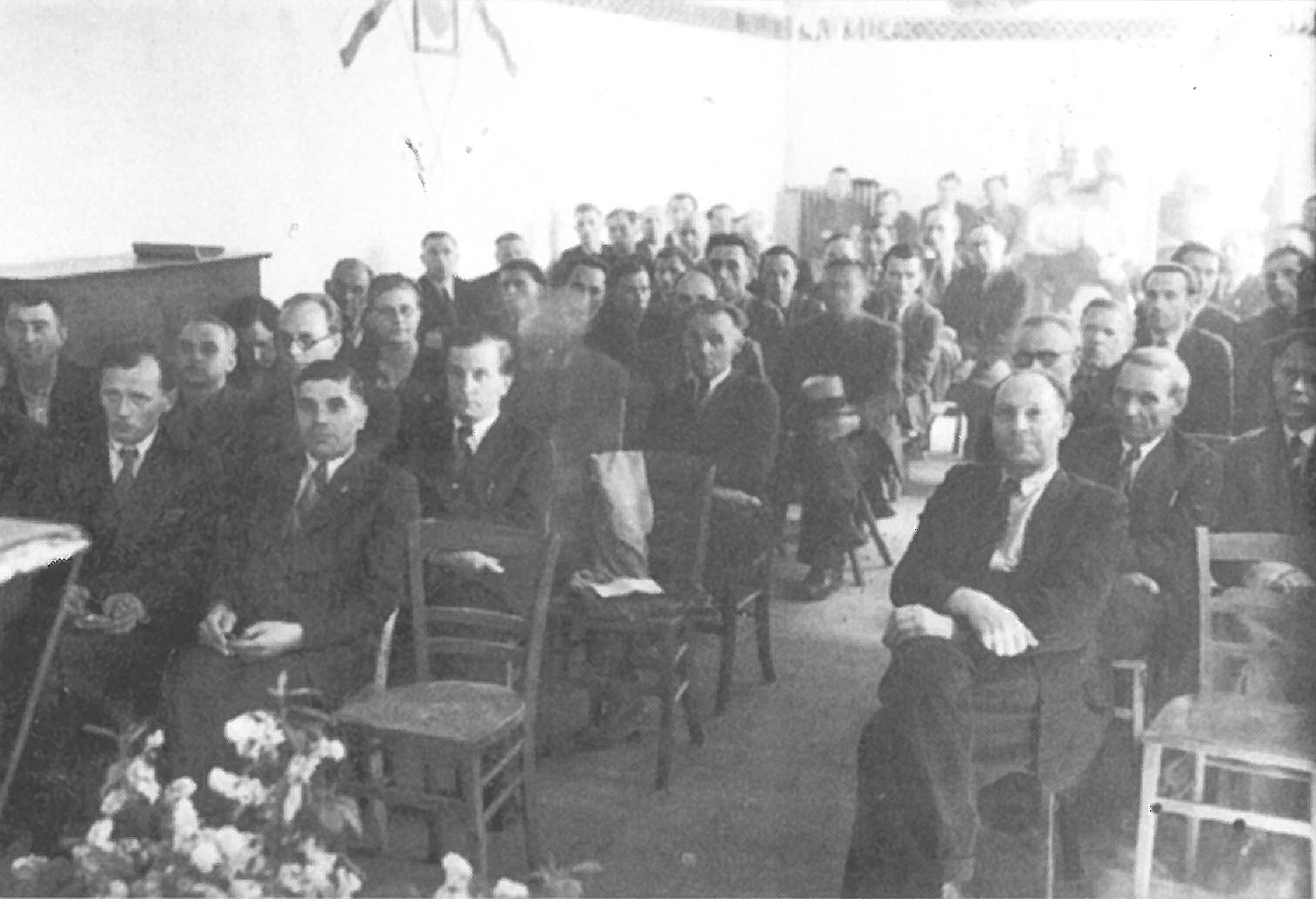 Declaration adopted at the Session of the BNR Rada in Osterhofen (Germany), December 1947.

At this Session, the BNR Rada has announced the resumption of its work after a four-year break due to World War II and the death of the previous President, Vasil Zacharka, whose powers were temporarily taken over by Mikola Abramčyk. Representatives of the numerous new wave of exiles from Belarus have joined the BNR Rada.

DECLARATION
BY THE RADA OF THE BELARUSIAN DEMOCRATIC REPUBLIC (BNR)