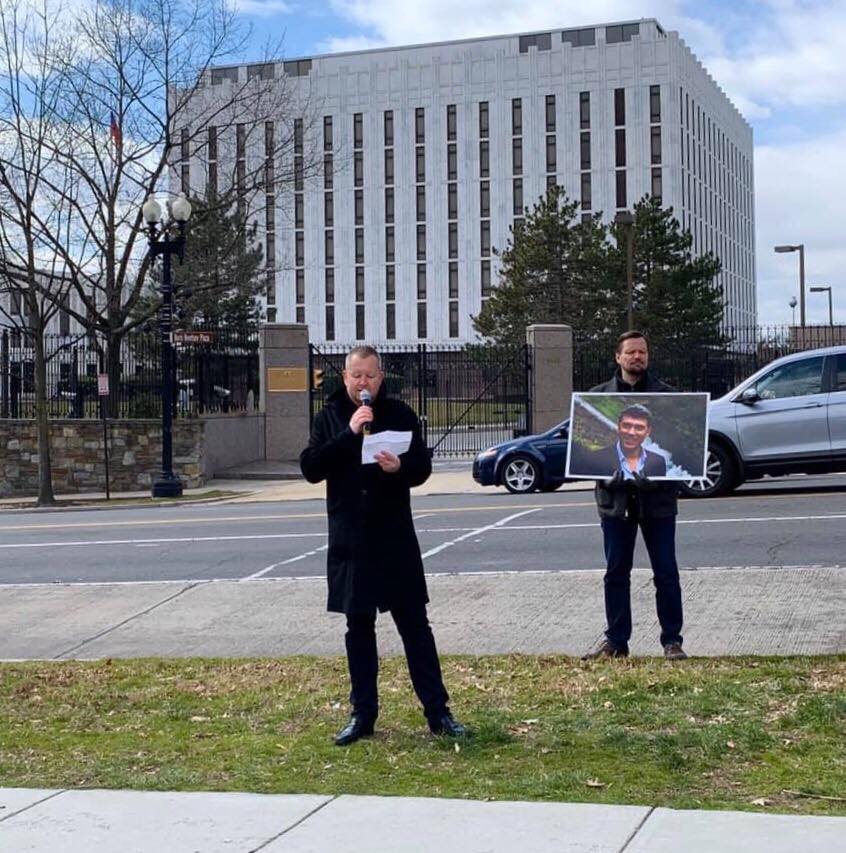 “I am honoured to speak here on behalf of the Rada of the Belarusian Democratic Republic, which is the oldest existing political institution of Belarus, and unites Belarusian political activists and diaspora leaders worldwide.

Boris Nemtsov was a friend of Belarus. Both as a member of the Russian government, and later as a leading democratic activist, he was always one of the most vocal Russian critics of the authoritarian regime of Aliaksandr Lukashenka in Belarus.

Boris Nemtsov actively supported the Belarusian democratic opposition. In 2002, he was banned from entering Belarus for five years by the authoritarian Belarusian government. Boris Nemtsov was an inspiration for many democratic activists Belarus, as a bright, stong and charismatic leader who did not fear to speak up against tyranny and injustice.

Boris Nemtsov clearly understood the nature of the authoritarian regime in Belarus. He saw the danger of the authoritarian plague spreading to Russia – which it eventually did and which killed him, and before him Anna Politkovskaya and many other brave Russians who stood up against the nationalistic dictatorship of Vladimir Putin.

On behalf of the global community of free Belarusians, I salute to the memory of this great person. We must all do what we can to make his sacrifice not go in vain. We must make Russia and Belarus free and democratic European countries, which is what Boris Nemtsov fought for during his life”